Provide a bold stream of color to your eyes instantly with our Liquid Eyeliners. Available in five highly-pigmented colors, these stay-put liners glide-on with ease and will not smudge, smear, or fade away. Each eyeliner is equipped with a pointed felt-tip brush for precise lining.

Thank you for submitting a review!

Your input is very much appreciated. Share it with your friends so they can enjoy it too!

United States
All but black

I love the eyeliner set, they are gorgeous colors and I was pleasantly surprised with the applicator. It's a stiff felt tip that doesn't flex very much if you're wondering. The eyeliner itself goes on smoothly and doesn't have a bunch of pull on your eyelids. I was, however disappointed in the black. It does not stay put like the rest, and if you have watery eyes it's definitely not going to stay. The other colors, however stick like glue! Love them! Pictured is the blue color and I absolutely love it! Just added a small edge wing to accent in the pic and I looooooce what the blue does to highlight my eye color. Thanks Coastal Scents!

I purchased the set, since I was only looking to buy the jet color and it was sold out. It was on sale and I was like... ok might as well get them all. I was most excited about the plum and shamrock, but boy did cobalt steal the show! It’s the richest, prettiest most intense cobalt color I’ve ever seen, and it doesn’t budge!!! At the time of taking the pics, I had the eye makeup on for 22+ hours. It still looked as crisp as when I had applied it. I know that I shouldn’t do that... but I had just gotten home from work and I was in pain and tired and physically could not stand long enough to shower. I used a makeup remover on the rest of my face and decided to leave the eye makeup on to test it out. I used a thicker cobalt line and a super thin jet line over top so I could have the intensity I like from black liner. I will say that shamrock, plum and stone were quite disappointing for me, I feel they aren’t quite dark or vibrant enough to look good on me. I will still use them as eyeshadows by smudging them on my lid, but yeah not for me. Shamrock was the most disappointing one because I was the most excited about that one. It’s beautiful. It has a gorgeous gold undertone and honestly if it were an eyeshadow I would not be complaining. It’s just a little too bright for me to line my eyes with. I might attempt it the same way I did the blue with a super thin line of jet over top. Overall- Cobalt is beautiful. Stand out. Hands down the best one. It stayed intense and gorgeous for over 22 hours on my lids. Jet is a very good black liner. It stayed intensely black on my lid for over 22 hours. Very happy with this new go-to. Plum is pretty but very muted. I was hoping it would be a bit more vibrant. I’ll smudge it out and use it as a shadow. Shamrock would be better as an eyeshadow. It will not go to waste!!! I would like to emphasize how B-A-You-ti-full this is. It is beautiful on my eyes, just for me, not as a liner. Stone was just not for me. I probably won’t use it even as a shadow. The color was a little cooler than I would have liked and I’m just not a big fan of grey on my eyes, so I might toss this one. I’m wearing all coastal scents: Step one eye primer Lavender Timeless taupe Burnished brunette Vanilla sky Cobalt liner Jet liner So so so happy with this look. I was scared to try the blue but honestly it’s my new favorite... Give it a try.

Amazing quality for the price. Keep in mind that a cheap eyeliner is around $5-$10 and you get a whole set for $10 here! The formula is pretty watery and the brush is hard to work with but the colors and how much they stay on is impressive! I typically use a separate brush anyways.

My first time with liquid liner. Easy to use, long lasting, great color and price. Cruelty free makes it almost perfect. Thank you!

I love the liquid eyeliner from Coastal Scents. I bought it in Stone, as I have silver hair with touches of a slightly darker shade, but mostly silver. I have long, thick eyelashes thanks to Latisse. My eyes are gray and the Stone color in the eyeliner is almost a match to the outer color and the flecks in the gray of my eyes. The eyeliner goes on smoothly. The tip is fine enough to do the cat eye look. There is no flaking as some eyeliners do. It is just a lovely color and not as stark as the black. The first time I used it, it was on for 17 hours, due to an emergency situation in my family and when I took it off, it was still just as crisp as it was when I put it on. Now that is saying a lot for any product that would be quadruple the price of this one.

United States
DOES NOT BUDGE! EVER!

Even stays on in the shower! I’ve worn this eyeliner for years and love it. It NEVER comes off unless I take it off. My sisters use it now, too. Get it.

Just my preference that it’s not matte, but other than that, it ok!

United States
This eyeliner is everything 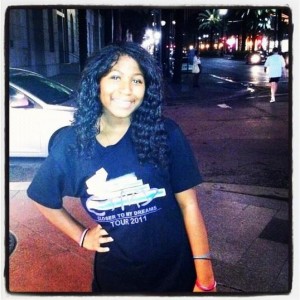 Buy it. You won’t regret it!

Your order is eligible for FREE Shipping

Shipping calculated at check out